"A House Divided Against Itself" by Bob O'Connor

Gettysburg. The word conjures images of the bloody fighting of 1863, of death and carnage. With Bob O’Connor’s publication of “A House Divided Against Itself,” the tragedy takes on human faces.

The Culp brothers found themselves on opposite sides in the fighting and faced each other in battle on at least two occasions. Wesley fought for the South, William and Jack fought for the Union. Through their stories, the reader experiences both the day-to-day routine and the heart-pounding terrors of battle.
O’Connor uses painstaking research to share the accounts. Drawing on historical military documents, existing personal records and an empathic interpretation of them, he puts the events into fictional monologues from each character’s perspective. These are real people and events, illuminated by the author’s interpretation. If you enjoy history, you’ll revel in “House.” Filled with the kind of detail that brings events to life, the book allows readers to walk the roads with the soldiers and see things from the enlisted man’s point of view. Actual photographs and maps are scattered throughout the volume. Although labeled fiction, the book’s careful scholarship lifts it to a new level.

If the reader is unprepared, he may find one slightly disquieting aspect to the book. Because each character recounts the events of a time period from a personal perspective, some things are referenced more than once. Simply pay attention to each chapter’s title and you’ll have no problems. The approach adds an ironic touch to the story, such as each character viewing the passing of a comet as an indication of God’s blessings on his cause.

The monologues are written in common conversational language and read more like a chat with the speaker than a novel. There is a highly personal element to the book that draws the reader into the events on a less overwhelming level than many accounts of the war. Yet that same personal aspect makes the situation all the more tragic. The numbing effect of reading about thousands of casualties is negated by the personal accounts in “House.” These are people, not statistics. 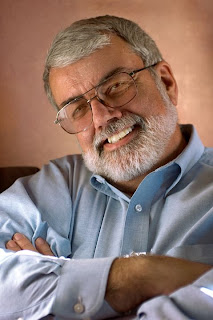 “A House Divided Against Itself” takes the reader on a well-written journey into a nation’s nightmare through the eyes of real participants. I place this book on the “must read” list for any Civil War buff as well as those with an interest in American history in general. It delivers historical fact, adventure and romance and does it well.

Disclaimer: This review is based on a copy of the book provided by the author. No constraints were placed on the review. The opinions are my own.