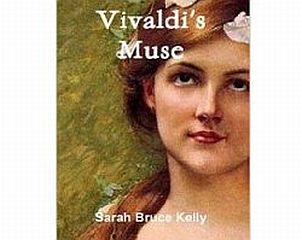 "A priest who writes music, a little girl who wants to sing opera and the political world of 18th century Europe come together in a rich novel of people and music. “Vivaldi’s Muse” presents the story of baroque composer-priest Antonio Vivaldi and Anna Maddalena Tessieri from a fictional perspective. Vivaldi’s hair inspired his nickname “il prete rosso,” the red-haired priest. Anna was the woman he took into his life as a student.

The delightful book covers the period from 1719 when they first met until 1741 when his death ended the relationship. Anna, also known as Annina Girò, became the constant in his changeable world of opera and intrigue. Vivaldi trained Annina as an opera singer, wrote music especially for her and managed her career."

Read more of my review here.
Posted by Mary Beth Magee at 1:17 PM