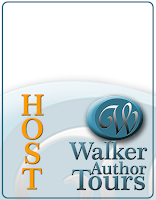 Meet author Milt Toby, the storyteller behind Noor: A Champion Thoroughbred’s Unlikely Journey from California to Kentucky and other stories of the best examples of equine excellence. His disarming style and clear descriptions lead to books about horses that you don't have to be a horse expert to enjoy.

Tell us about your book.
Noor is the best Thoroughbred no one remembers.  He was owned by Charles S. Howard, who is most famous as Seabiscuit’s owner, but in 1950 Noor was as good as any horse, anywhere.  He defeated Citation four times in California that year, set three world records in the process, and would have been Horse of the Year if the voting had taken place after the Hollywood Gold Cup rather than before the race. Noor died after a mediocre career at stud, and he was buried in an unmarked grave on a Northern California farm.  No one gave the horse another thought until a few years ago, when commercial development threatened the farm.

An avid race fan named Charlotte Farmer wanted Noor’s memory preserved and she spearheaded a campaign to locate the horse’s grave, exhume the remains, and ship them to Kentucky for reburial.  Noor now lies at Old Friends, a Thoroughbred retirement farm a few miles from my house.  Noor: A Champion Thoroughbred’s Unlikely Journey from California to Kentucky is Noor’s story, and Charlotte’s.

Where can we find out more about you and buy your book?
My website is www.miltonctoby.com, where readers can find biographical information, read excerpts from my most recent books about Noor and Dancer’s Image, and order signed copies.

What steps have you taken to succeed at your craft?
I read; I try and write something every day, which sometimes means looking for writing opportunities beyond an ongoing project; I attend as many writing conferences as I can; I try and arrange speaking opportunities, either about my books or about the business of writing, whenever possible; I joined Toastmasters to sharpen my speaking and presentation skills.

Did your writing career come from just a need to express yourself or a particular experience you had?
Many writers say they write because they can’t imagine not writing, that they are driven to the task.  I’m not wired that way.  I write because I’m curious about things, which leads to research (often a lot of it), which leads to a desire to share what I’ve learned with other people.  I enjoy the process, but if I knew that no one would read what I was writing, I’d stop writing.  Nothing is more satisfying than having a reader say to you: “I never knew that before.”  Well, maybe winning a national award or two is at least as good.

Do movies inspire you and if so, which ones?
Not really, although I do like movies as entertainment and as a break from other work.

What audience do you prefer writing to, and why?
The quick answer is anybody who’s willing to put down hard cash to buy my books.
The real answer is more complicated.  Since I write non-fiction about horse racing, my core audience is people who are familiar with the sport and who want to learn more about a horse or an event that they already know something about.  Writing about horses for readers who are horse people is easier in one sense, because you don’t have to explain everything.  My real goal, though, is to write about horses and racing in a way that will attract both avid horse enthusiasts and readers who have little interest in the subject.  That’s why Laura Hillenbrand’s Seabiscuit was so successful.  It’s as much about the people and the era as about the horse.  I tried to break free from the “horse book” genre with Dancer’s Image and Noor, and I think I was successful at that,  up to a point.

What is your favorite genre to read? To write?
At the moment, I’m reading a mix of fiction and non-fiction.  I also like books on tape when I’m driving.  I’ve been listening to David McCullough’s The Path between the Seas: The Creation of the Panama Canal 1870-1914, with John Sanford’s Virgil Flowers novel Mad River on deck.
I’ve been most successful at selling non-fiction, so that’s what I’m spending most of time writing.  I enjoy the research, I’m pretty good at it, and I like the challenge of crafting a story from facts, without the freedom to make things up.  Having said that, I’ve got a couple of completed novels sitting on the shelf and I’d like to find a home for them.

What is your opinion on indie publishers versus self-publishing?
I’ve never really considered self-publishing as a viable option.  Not that I’m knocking writers who take that route to publication.  I have several friends who swear by self-publishing and wouldn’t have it any other way.  I’m glad it’s working for them, but self-publishing is not a business model that interests me.  Writing a good book is difficult enough without having to learn an entirely new set of skills to become a publisher.  I’ve been lucky enough to work with established publishers for all of my books—Eclipse Press initially, The History Press more recently.

How did you get started on your writing career?
I graduated from the University of Kentucky with a degree in Animal Science and I needed a job.  I contacted several newspapers and asked if they were interested in hiring a reporter with no journalism experience or training.  As luck would have it, a small newspaper in Aiken, South Carolina, decided to take a chance.  Aiken is an important winter training center for Thoroughbreds, and the editor told me that it would be easier to teach a person with horse experience (me) about writing than it would be to teach a writer about the horse industry.

Have you ever had a moment that you felt like quitting writing? Why?
Almost every day.  Writing—if you try to do it well, anyway—is very difficult.  Sports writer Red Smith (or maybe novelist Paul Gallico, there‘s some question about that) said that writing is easy.  “You simply sit down at the typewriter, open your veins, and bleed.”  I feel like that a lot.  For me, a book project typically takes at least a year or more, and staying interested in an idea for that long can be a struggle.

Do you think that the future is ebook or print?
It probably sounds as if I’m trying to evade the question, but I think both (along with who knows what other new technology) will be around for a long time.
I like ebooks for all the reasons everyone gives: I can hear a good review on NPR, download the book, and start reading in seconds; my Kindle is far easier to carry around than a stack of books; they’re generally cheaper; and ebook technology has allowed a huge number of writers into the game.
But I love print books because they’re what I grew up reading.  And my Kindle never will be able to duplicate the feel of a real book.

Where have you had the most success in selling your work?
The Carnegie Center for Literacy and Learning and the local farmer’s market initiated a program a couple of years ago called “Home Grown Authors.”  Every Saturday during the spring and summer, a two local authors share a table at the farmer’s market in downtown Lexington, Kentucky.  One of the best days I’ve had selling at an event was the day I shared a table with a well-known author of cookbooks.  She brought a spread of dishes the likes of which you wouldn’t expect to see outside a first-class restaurant, and people were lined up for a block.  A few of those people wandered over to my side of the table and bought books.  Never underestimate the power of food!