Artist, author Sara Bynum brings her story of children of war to film 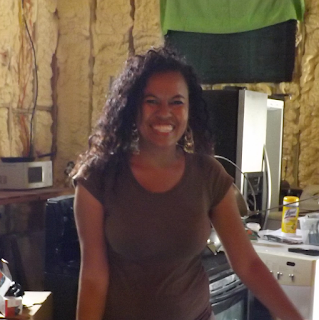 Film maker Saran LaJoie Bynum began life with everything stacked against her. Born of a wartime liaison between a Vietnamese mother and an African-American soldier, she was rescued from the street as an infant and taken to an orphanage. She came to the United States as part of Operation Babylift at the age of three. Once in the U.S., she began a new life with adoptive parents from New Orleans.

Although her situation improved, she still had difficulties. She encountered prejudice from many ethnic groups due to her biracial heritage. In 2005, Hurricane Katrina destroyed her home and she had to flee for a second time. Yet through everything, she maintains a positive attitude.

She has registered her information on sites dedicated to reconnecting service members and the children they conceived while on duty overseas. While she hasn’t found her birth father yet, her efforts led her to connect with the man she considered her Pretend Dad, Larry Taylor, a Vietnam veteran. He told her a great deal about what circumstances were like in those days. Taylor passed away in late 2015, but not before giving his blessing to her new project.

With her latest endeavor, she seeks to share the story of the children of war from their point of view. “Where I Stand,” a film based on a fictionalized version of Bynum’s life, begins filming in May 2016. In the script, an orphan of the war seeks her missing father and discovers he is suffering with cancer caused by the chemical warfare which took place in Viet Nam. The young woman seeks answers to his situation and runs into danger and intrigue as she investigates.

Bynum promises adventure and conspiracy in the independent film. As part of the process, she has started a crowdfunding campaign on GoFundMe to raise the rest of the budget. To join her efforts, contribute here. Look for “Where I Stand” in the fall of 2016. A book version will release after the movie’s release.