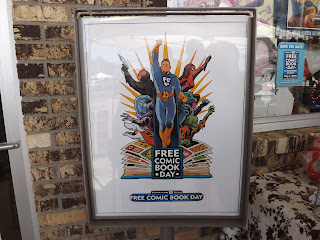 The annual Free Comic Book Day, a program created to celebrate comic books and readers of comic books, is scheduled for Saturday, May 7, 2016. The comic book industry offers a select group of comics to independent comic book stores at low cost so the stores can give them away for free or as a charitable fundraiser. The organization behind the event states millions of books have been given away around the world since the event began in 2002.

Besides the free comic book distribution, many stores feature in-store guests—local cartoonists who are willing to come in and meet the fans (and make future fans) of their work, gamers or cosplayers. The interaction permits a greater experience than simply purchasing comic books. Better than a big box store or convenience shop, the indie comic book store connects buyers and artists as well as others in the creative community. Other events may include games or prizes for attendees or raffles. Special activities vary by store. 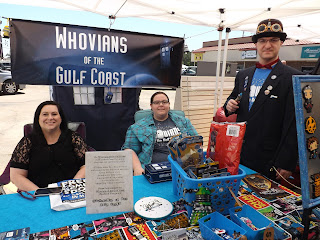 The regularly issued monthly version of a comic book was first released in 1922, although individual bound books had been released as early as 1837. The modern comic book grew out of these early volumes. The industry has grown to sales in the millions of dollars, according to Comichron with 2016 sales of comics and graphic novels through the end of March estimated at more than $129 million.

Find a participating comic book store through the Free Comic Book Day locator or call your local comic book store to determine if they will participate. One of the options for Gulf Coast comic lovers is Three Alarm Comics at 15210 Lemoyne Blvd., Biloxi, MS. The store will feature comic artists such as Andy Childress of BubbaWorldComix and Kevin Hayman of Everywhen Comics, Whovians of the Gulf Coast and many additional guests.